Auditions for The Music Man Set 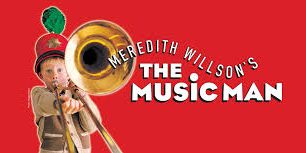 To audition, please prepare a song (musical theatre preferred, no a cappella). An accompanist will be provided. Also, come prepared to move and read from the script. Performance dates are Sept. 7-23, 2018.

One of the great American musicals, “The Music Man” tells the story of con man Harold Hill, who poses as a boys’ band leader to sell instruments and uniforms to unsuspecting midwestern townsfolk. His plans hit a snag, however, when he begins to fall for Marian, the attractive town librarian who is suspicious of Harold’s credentials. The show has numerous speaking and singing roles for men, women
and children of all ages, and includes such classic songs as “76 Trombones,” “Ya Got Trouble,” “Goodnight My Someone,” “Wells Fargo Wagon” and “Till There Was You.”

“The Music Man” will be directed by Gary Demuth, with vocal direction by Ken Hakoda and choreography by Megan Coberly.