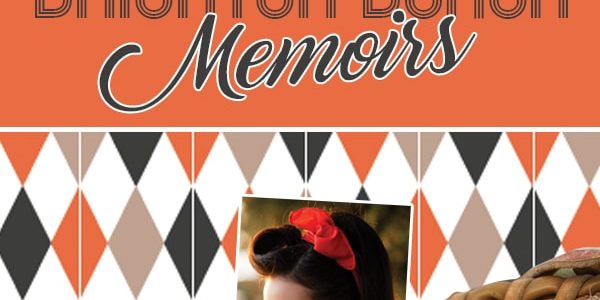 Salina Community Theatre will hold auditions for Brighton Beach Memoirs on December 4th & 5th at 7:00pm at the theatre. Doors open at 6:30pm. The production will be directed by Michael Spicer.

To audition,  please be prepared to read from the script. Scripts may be checked out at the Box Office through November 29, 2017.($10 deposit required).

Set in the Brighton Beach section of Brooklyn, New York in September 1937 during The Great Depression, this coming-of-age comedy focuses on Eugene Morris Jerome, a Polish–Jewish American teenager who experiences puberty, sexual awakening, and a search for identity as he tries to deal with his family, including his older brother Stanley, his parents Kate and Jack, Kate’s sister Blanche, and her two daughters, Nora and Laurie, who come to live there after their father’s death.

Here is part one of Neil Simon’s autobiographical trilogy: a portrait of the writer as a young teen in 1937 living with his family in a crowded, lower middle-class Brooklyn walk-up. Eugene Jerome, standing in for the author, is the narrator and central character. Dreaming of baseball and girls, Eugene must cope with the mundane existence of his family life in Brooklyn: formidable mother, overworked father, and his worldly older brother Stanley. Throw into the mix his widowed Aunt Blanche, her two young (but rapidly aging) daughters and you have a recipe for hilarity, served up Simon-style. This bittersweet memoir evocatively captures the life of a struggling Jewish household where, as his father states “if you didn’t have a problem, you wouldn’t be living here.”